The summer is usually about getting outside to hit the water or the trails, or to gather around a bonfire under the stars or long list of other great activities outdoors. But sometimes, when that rainy day rolls around, and you feel more inclined to bundle up and get cozy, well for those days, our favourite thing to do is to throw on our comfy Bear Wear threads and watch a couple great movies together with the family.

Assemble the snacks, round up the family and enjoy these Top 5 Summer Movies for the whole family!

Few movies are as synonymous with teenage life in the summer-time as the ‘Summer Lovin’‘ classic Grease. This 1978 musical was based off the 1971 Broadway Musical of the same name and tells the tale of Sandy (Olivia Newton-John) and Danny Zuko’s (John Travolta) summer fling over the summer of ’58. ‘You’re The One That I Want‘, ‘Greased Lightning‘ and ‘Summer Nights‘ remain iconic, instantly-recognizable songs 40+ years after the film first debuted. It’s hard not tap your feet and sing along through at least a half dozen songs on every watch-thru. Summer and Grease just Go Together, like rama lama lama ka dinga da dinga dong.

“Hey You Guuuuuuuys!” No must-watch movie list would be complete without The Goonies. Several members of the young cast have gone on to have lengthy Hollywood careers such as Corey Feldman, Sean Austin, Josh Brolin and Martha Plimpton. The story follows a group of young, adventurous friends who are preparing to say goodbye to one another as a development company plans to demolish their homes and build a golf course unless funding is raised to stop the development. The kids stumble upon a treasure map and embark on an quest to find the treasure in hopes of saving the neighbourhood. They run into several unique challenges along the way that ultimately tests their resolve and their friendship. “Goonies never say die” is one of the famous quotes from the film and is a great message about perseverance. Goonies easily found its way on to our Top 5 Summer Movies for the Whole Family.

“Wait A Minute, Doc. Are You Telling Me You Built A Time Machine…Out Of A DeLorean?” These are the famous words from small-town California teenager Marty McFly (Michael J. Fox) before being thrust into a time-travel adventure that has become a cult classic and spawned two sequels. In this, the original, Marty is sent back to the 1950’s where he meets younger versions of his parents, for whom he must convince to fall in love or else he himself will cease to exist. Increasing the stakes for Marty is how he also must return to his own time to save Doc Brown. This 80’s sci-fi comedy is packed with plenty of nostalgia – though, that’s probably fitting for a movie about time travel!

The epitome of a coming-of-age story, The Sandlot is a summer classic about feeling like an outsider, but then finally finding your tribe. Scotty Smalls, a shy 5th-grader moves to a new neighbourhood and manages to make friends with a group of boys who play baseball together. They embark on several funny and heart-warming adventures together – including the retrieval of a very important Babe Ruth-signed baseball that they accidentally knocked over the fence. ‘Legends never die‘, as they say in the film, and this legendary film makes our Top 5 Summer Movies for the Whole Family.

Moving our way through the decades, we land on one of our favourites from the 2000’s… Walt Disney’s Lilo & Stitch. This summer classic revolves around two boisterous, mischievous characters; a young Hawaiian girl named Lilo (Daveigh Chase) and a blue alien that Lilo adopts, thinking him a dog, that she names Stitch (Chris Sanders). This fun, colourful adventure centres on Lilo’s love and belief in ‘ohana‘, the Hawaiian term for family. Stitch is hilarious and this movie has plenty of laughs along the way! Just as Lilo was committed to leave no one behind, we’re certainly not leaving this one off our Top 5 Summer Movies for the Whole Family.

There you have it, our Top 5 Summer Movies for the Whole Family. Cozy up in some comfy Muskoka Bear Wear with the family and try to knock out all five of these movies this summer!

How many of these films have you already seen? What are some of YOUR favourites? Be sure to tell us on one of our social media pages! 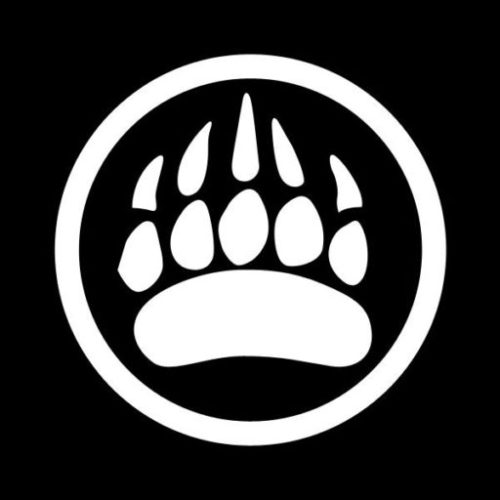